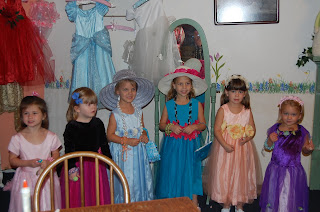 With 3 toddlers, it can be very tempting to turn down invites and events and just stay home to avoid the mad rush involved in packing around our crew, but this weekend we decided to bite the bullet and take it all in. So Saturday morning involved three 4-year old birthday parties. The first was at 10:00am at Hohlt Park, then Avery and I went to a girl's only dress up tea party at 10:30am while the boys headed to the 11:00am party at Fireman's Park and then we met back up a little after lunch to head to Austin to tailgate for the UT/Colorado game.

We didn't last too long at the tailgate and it was much colder than we had dressed for it to be. We were expecting clear skies in the low 70's. We got cool and cloudy in the upper 50's. After about an hour and a half the kids were all chanting "We want to go to Uncle Jason's!" So, we bagged everything up and made the mile trek back to the car, against game traffic that was walking into the stadium. That could have been a disaster, but the kids were troopers and we made it back. 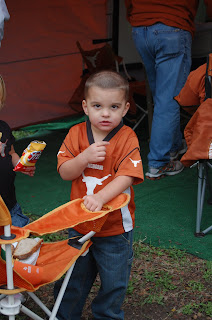 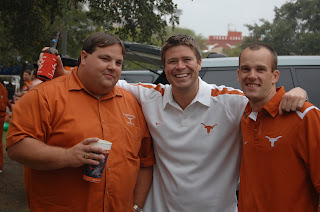 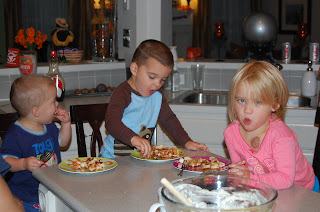 We were all glad to be at Uncle Jason's that evening. We watched the game on the couch with a warm homecooked meal and extra kid watchers! This pic is the kids eating waffles at Uncle Jason's. He had bought blueberries to put in the waffles but the kids had anotoher idea. They made gourmet Banana Cheerio Waffles - they were.... different.
I am disappointed in my lack of decent pics from the weekend, but we were kind of.... busy.
Posted by The Maurer's

Wow--ya'll were busy!! Looks like lots of fun though!