Round Top 4th of July Parade 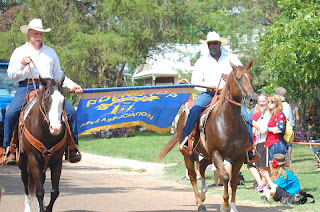 With the 4th of July holiday landing smack dab in the middle of a work week, we hadn't made any big plans. Of course it wouldn't be right for us just to stay home (though the thought crossed our minds), so we decided to head out to Round Top for their historical parade.  We've been to the Chappell Hill parade the past 2 years and decided to change it up a bit.  We knew we'd need to get there early to get a decent spot so we were up and out the door a cooler and snacks packed by 8:30am. 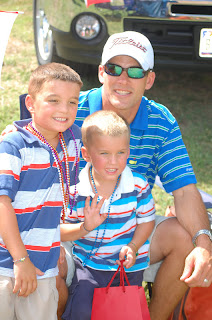 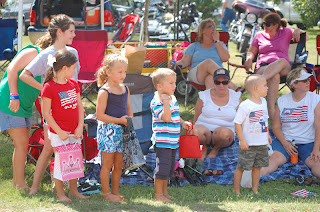 Luck was on our side as we managed to set ourselves up next to some classmates of Avery & Austin.  They are Round Top regulars and had a section roped off with a tent AND they offered to share their shade with us.  That saved a lot of whining from A&A&C!  We know better for next time. 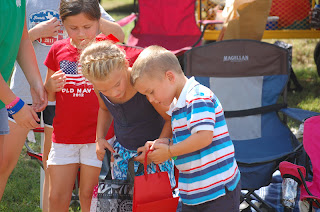 The candy throwing didn't get too out of hand along the parade route.  A&A&C enjoyed comparing their loot. 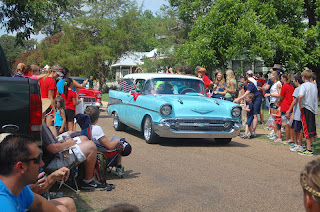 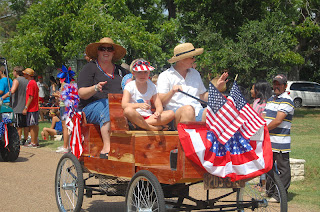 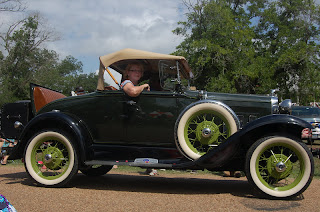 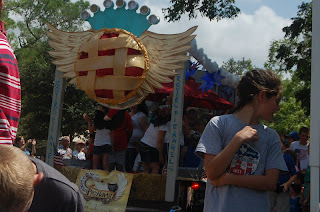 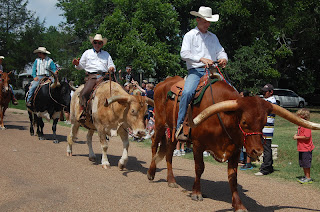 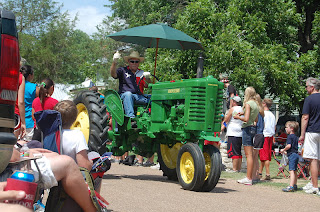 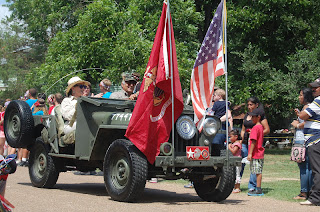 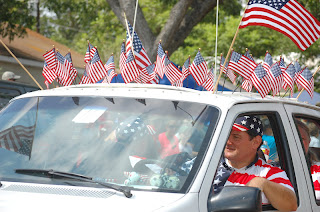 After an hour long parade, we were thankful for the small town patriotic display and the air condition that followed.  God Bless the USA!
Posted by The Maurer's