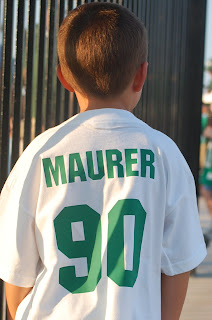 We weren't quite sure if we were going to sign up Austin for 'Future Cubs' this year.  It is the first year he can be a part of this cool program that assigns kids to a Cub varsity football player.  The boys (and some girls) get a special shirt with their name and their player's number on the back to wear to the games.  Before home games, Future Cubs walk out with their player onto the field and get to stand on the track during the National Anthem and kickoff.  If still around, Future Cubs can go back out after the game to join their player in the alma mater.  Austin assured us that he wanted to sign up so we were very excited when Wes took him to "Meet the Cubs"  to meet his player and found out he had none other than #90 -Malcom "Shuga" Brown... future Texas Longhorn.  Austin tells everyone that he is the biggest player on the team, that is why he has the  biggest number.  He is excited to know someone that will play for his two favorite teams - the Brenham Cubs & the Texas Longhorns! 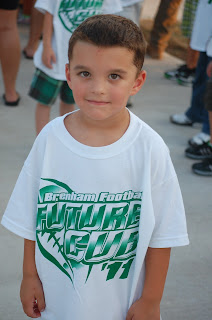 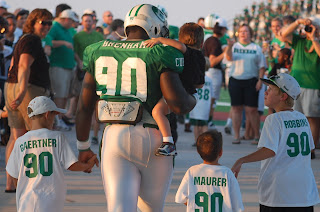 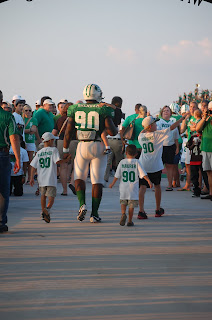 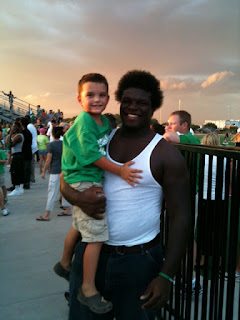