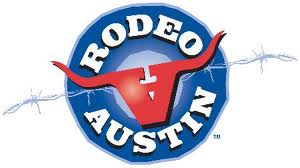 Back in July, Wes joined in on a barbque cook off team at LCRA's summer family picnic.  It was a full day competition with a few pounds of meat.  Those few pounds that his team cooked  wound up winning the cookoff and it qualified them to represent LCRA in the Austin Rodeo BBQ Cook Off.  The Austin Rodeo Cook Off takes things to a whole new level... a 3-day level. 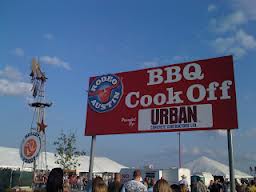 Wes and his teammates went down this past Friday to set up and start cooking.  Friday evening they had to turn in chicken to be judged, Saturday was beans, ribs and an "open" category, and Sunday was brisket. 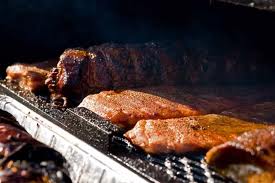 The kids and I took advantage of Spring Break and headed to Austin Friday afternoon.  I wasn't quite sure what to expect but we found ourselves enjoying a really large fair - petting zoo, western shows, air brush tattoos, carnival rides and anything fried on a stick.  As Avery said, "This is way better than our fair".  We stayed around the bbq pits Friday and enjoyed visiting with some Austin peeps that came by to visit.  We were quickly made aware of how much effort some of the bbq team entries put into this event, we're talking live bands, thousands of pounds of complementary meat, and even some pole dancing.  The kids and I stayed at Uncle Jason's overnight but made it back down to the fairgrounds for a full day of rides on Saturday, all that our wristbands would allow.  Actually, by about 4pm, the grounds started looking like the pic below.  Early in the day there were no lines to hop on rides and I felt safe taking the kids around by myself but as if got later in the afternoon, the grounds got crowded and we wanted none of it.  We headed back to Jason's and enjoyed a low key night. 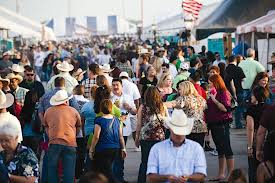 Wes on the other hand stayed the duration by the pit.  They had rented a large camper so they didn't have to "rough it" too much.  Not sure I could have handled the nonstop smoke and bbq tasting, but they seemed to enjoy it.  I actually could have probably hung around just to people watch.  All walks of life were out and about. 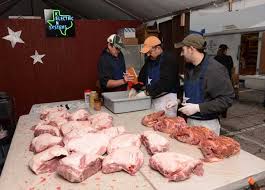 The LCRA team didn't bring home any big winnings, but we do have plenty of bbq meat to eat for the next few weeks.