Guest blog by dad and Caleb...

We are very pround of our little kindergartener!  He keeps us smiling with his constant conversation and sharp, but weird memory!
Friday started out with omlets for breakfast and was followed up with McDonald's happy meals for lunch.  Next was the classroom party that included some Brenham Cub cupcakes made by Mimi!  After school Jase and Ethan came to the house for a sleepover.  We all played kickball, football, jumped on the trampoline, and then headed to Las Fuentes for dinner!  These boys had a big time!  Their late night movie choice was Ernest Goes to Camp!  Saturday's activities included more playing and some fishing!  Satruday's finale was a skating party at Silver Wings! 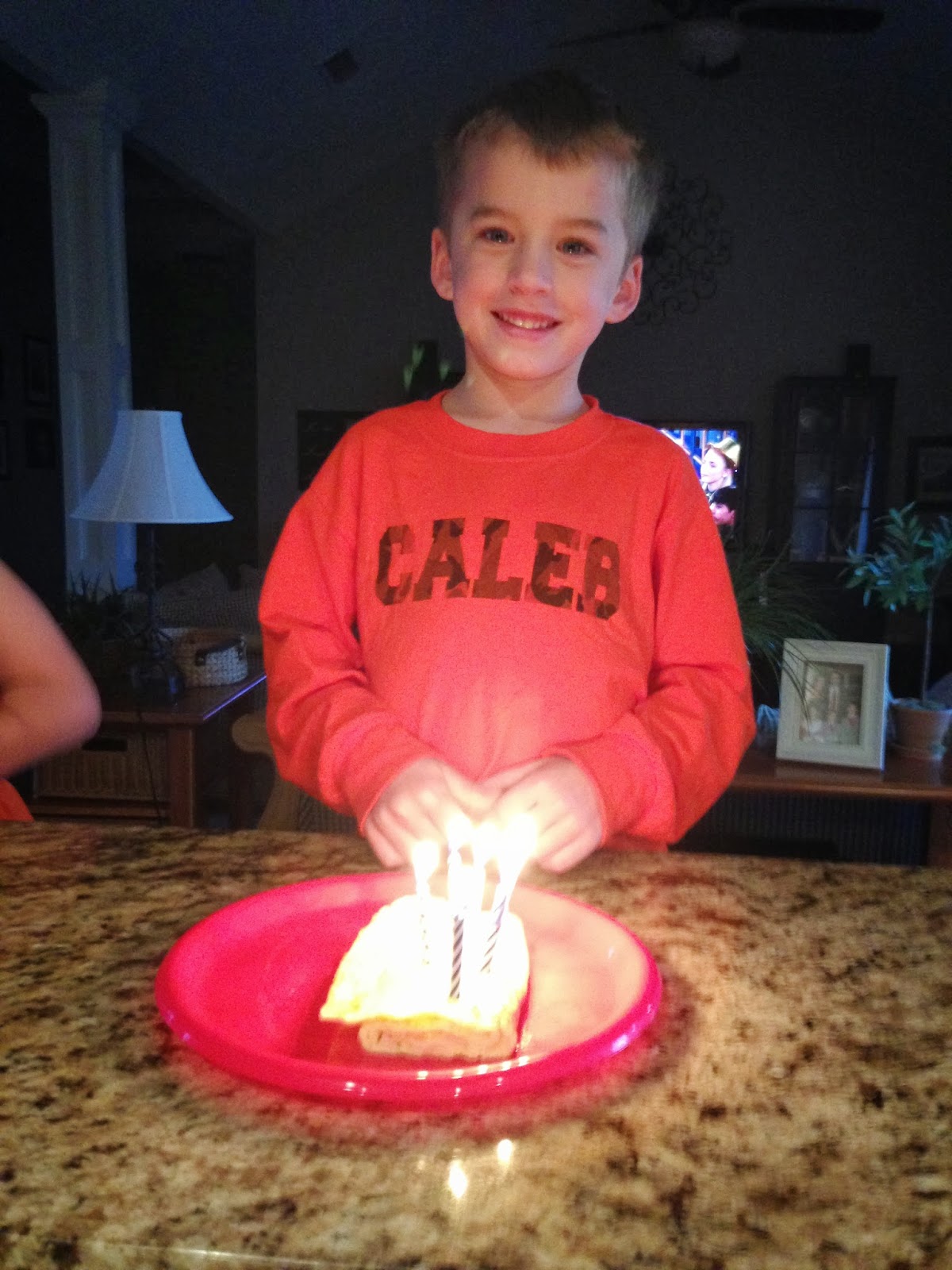 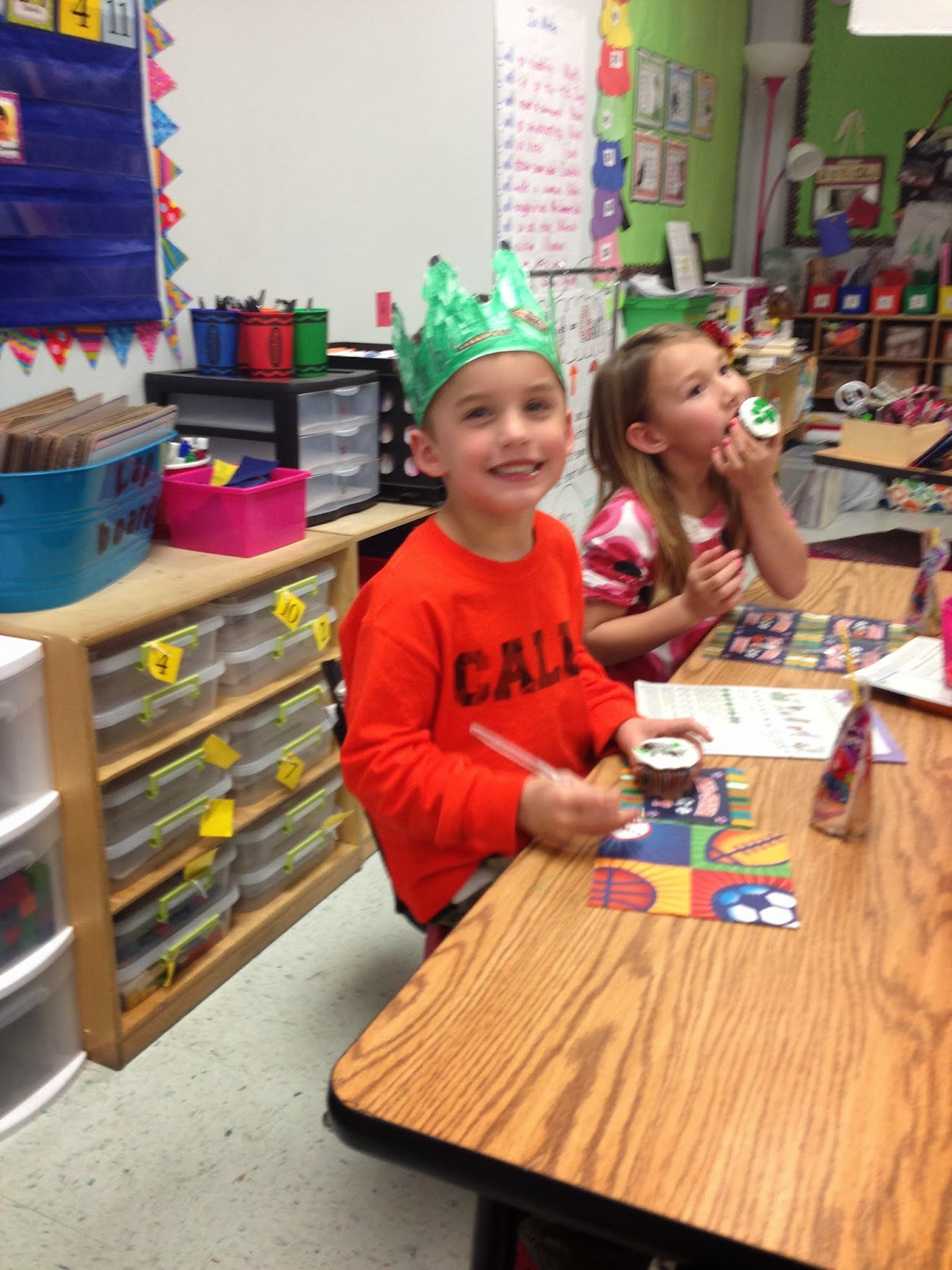 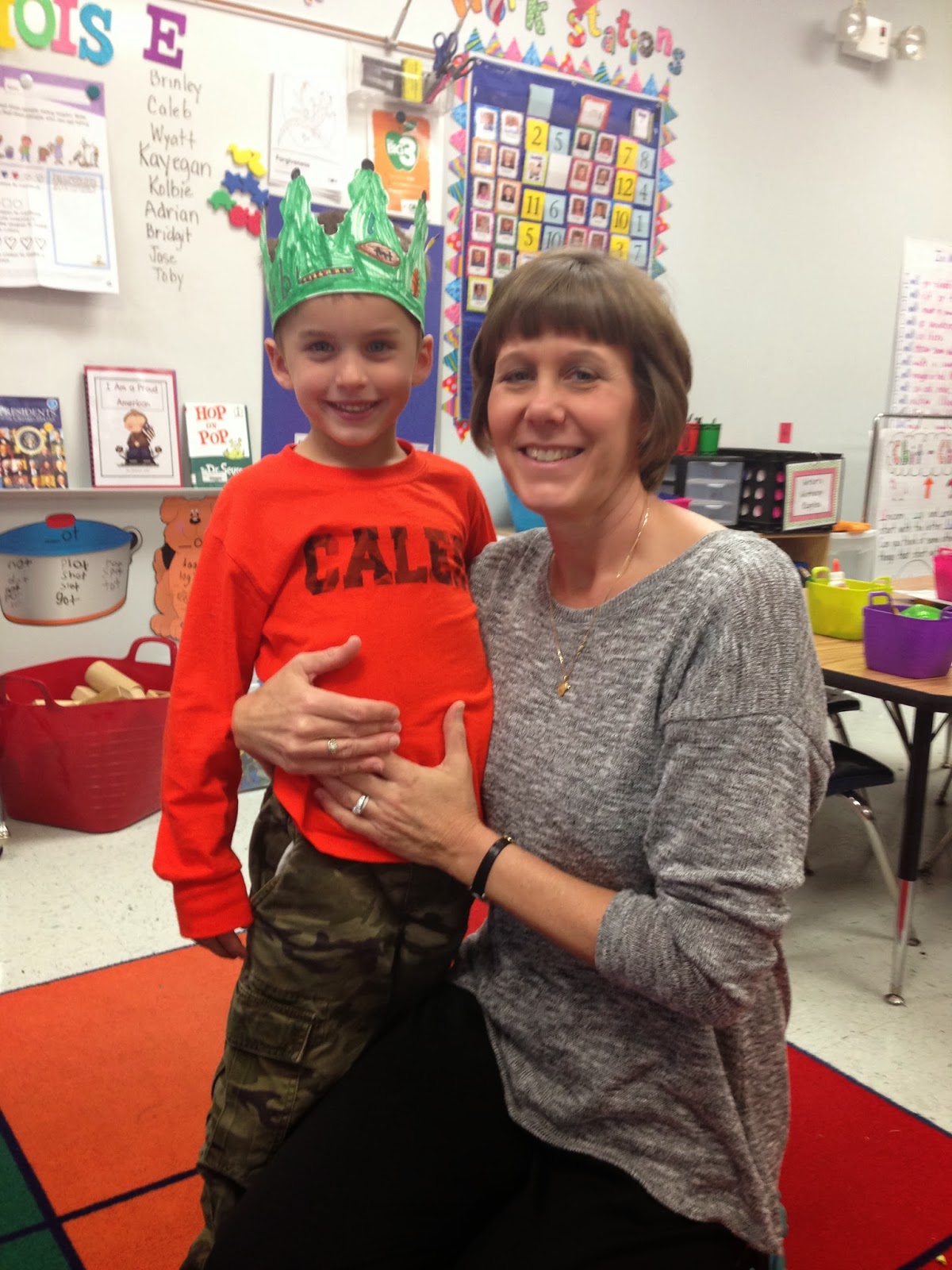 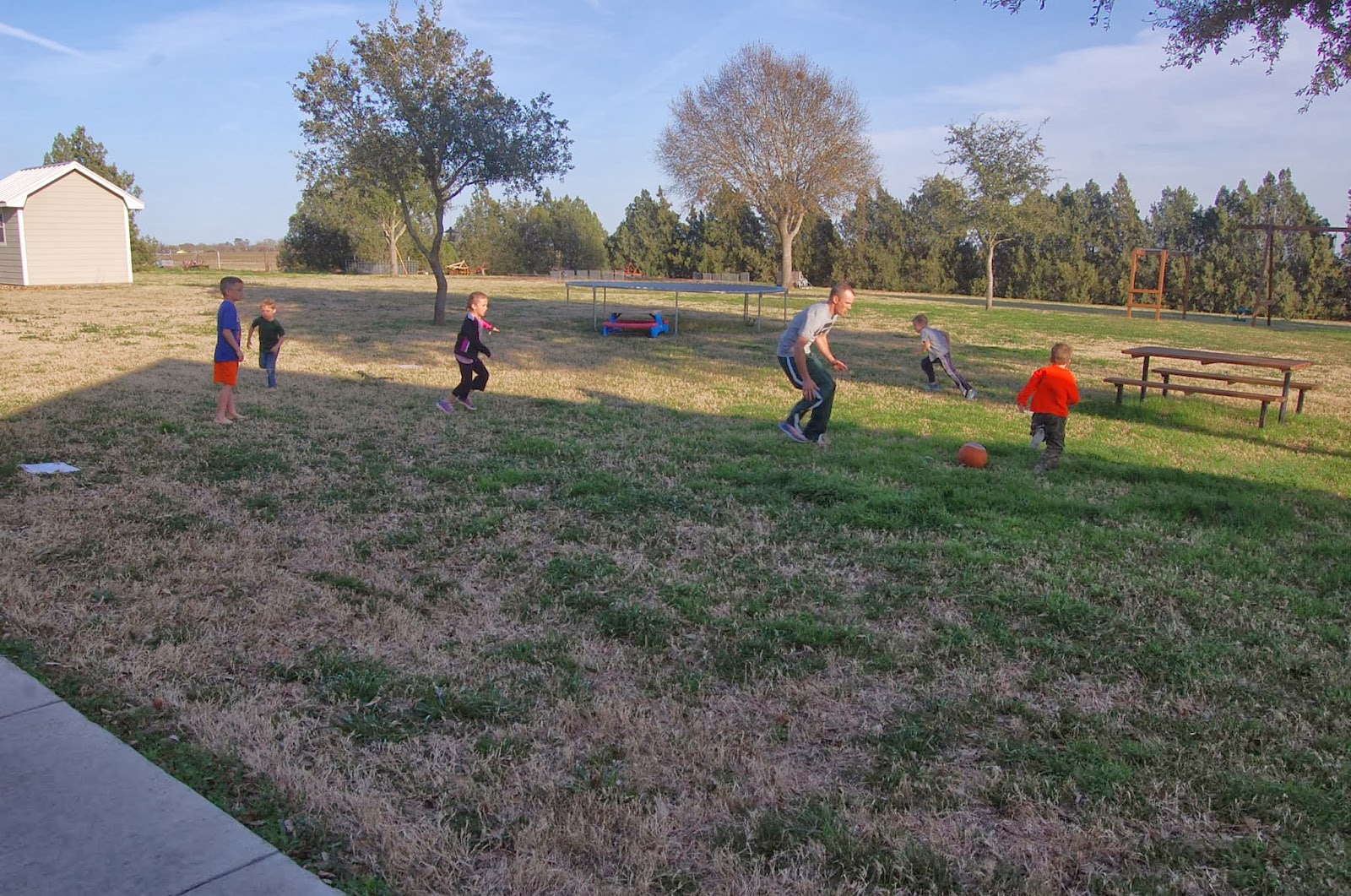 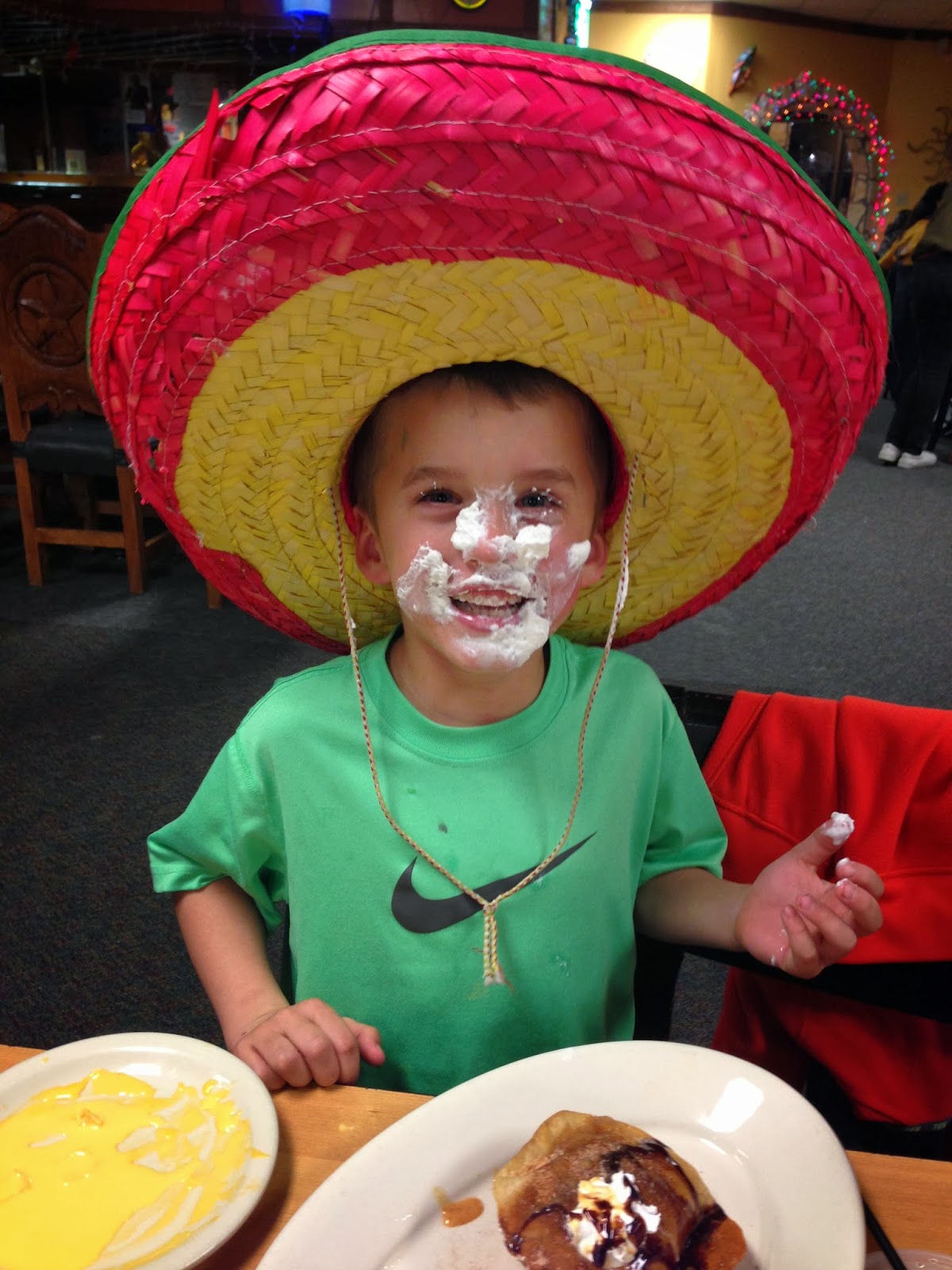 Singing, sombrero, and then some whip cream in the face! 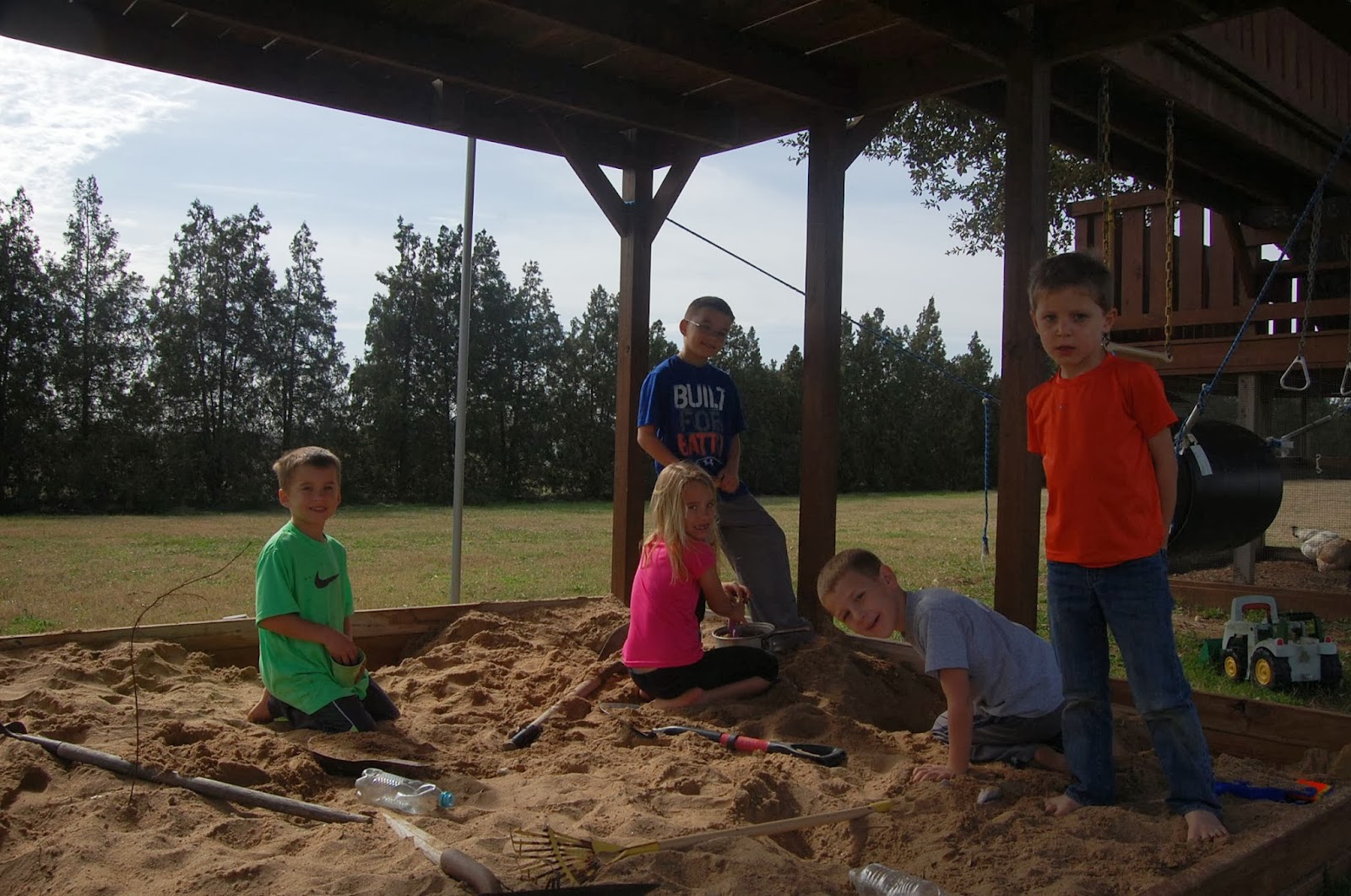 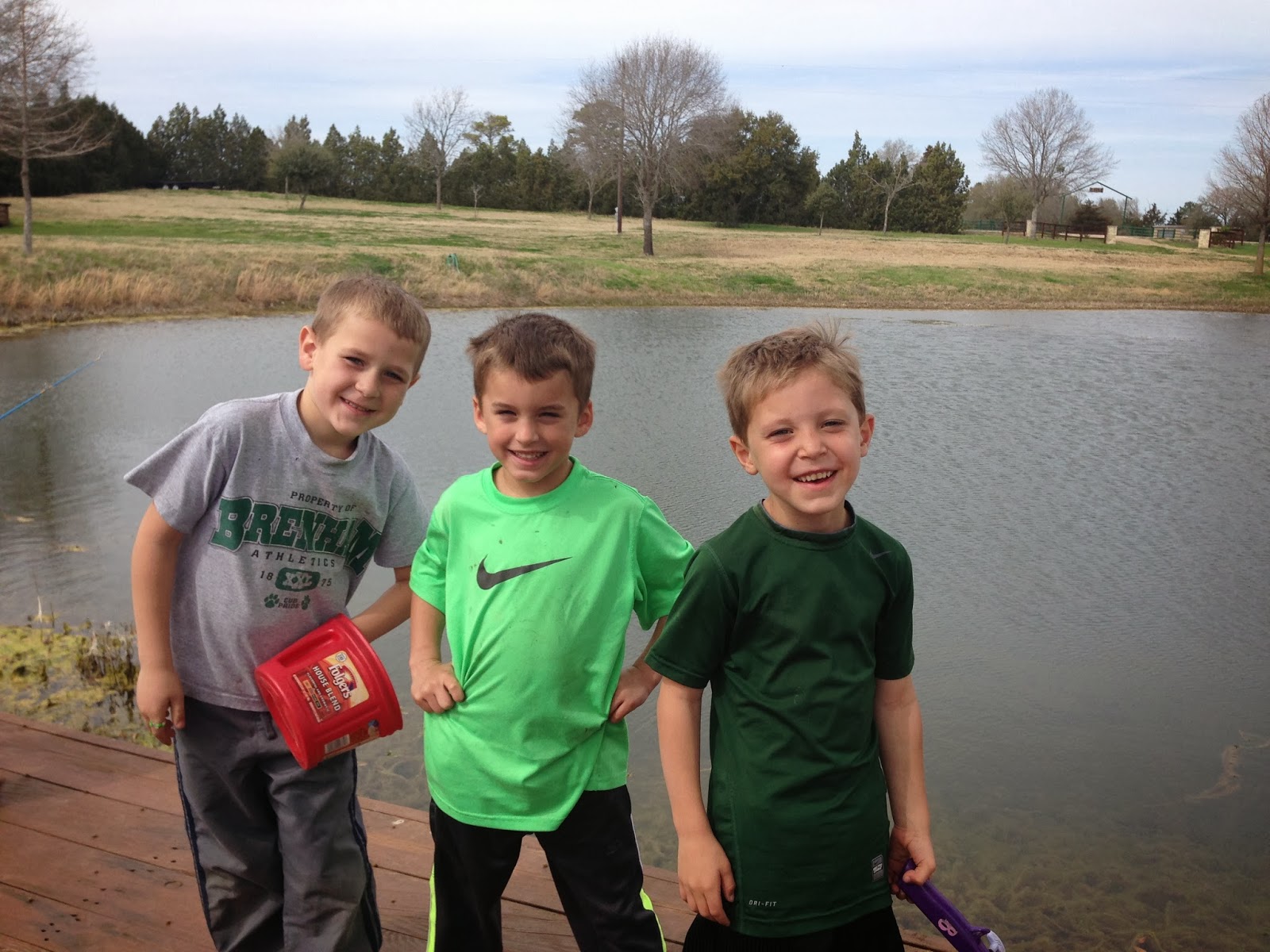 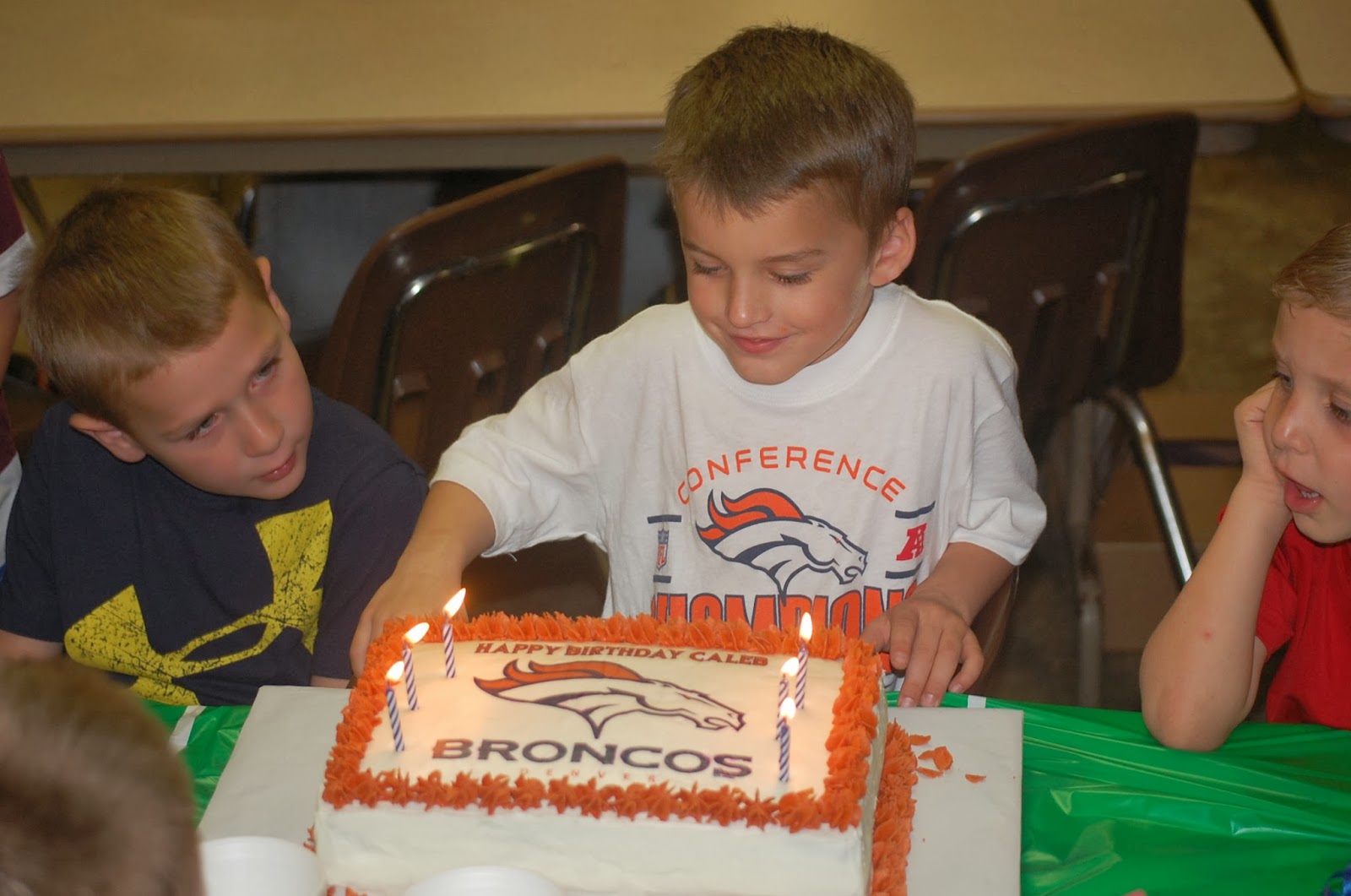 Denver Bronco cake made by Mimi...Boy loves his Broncos! 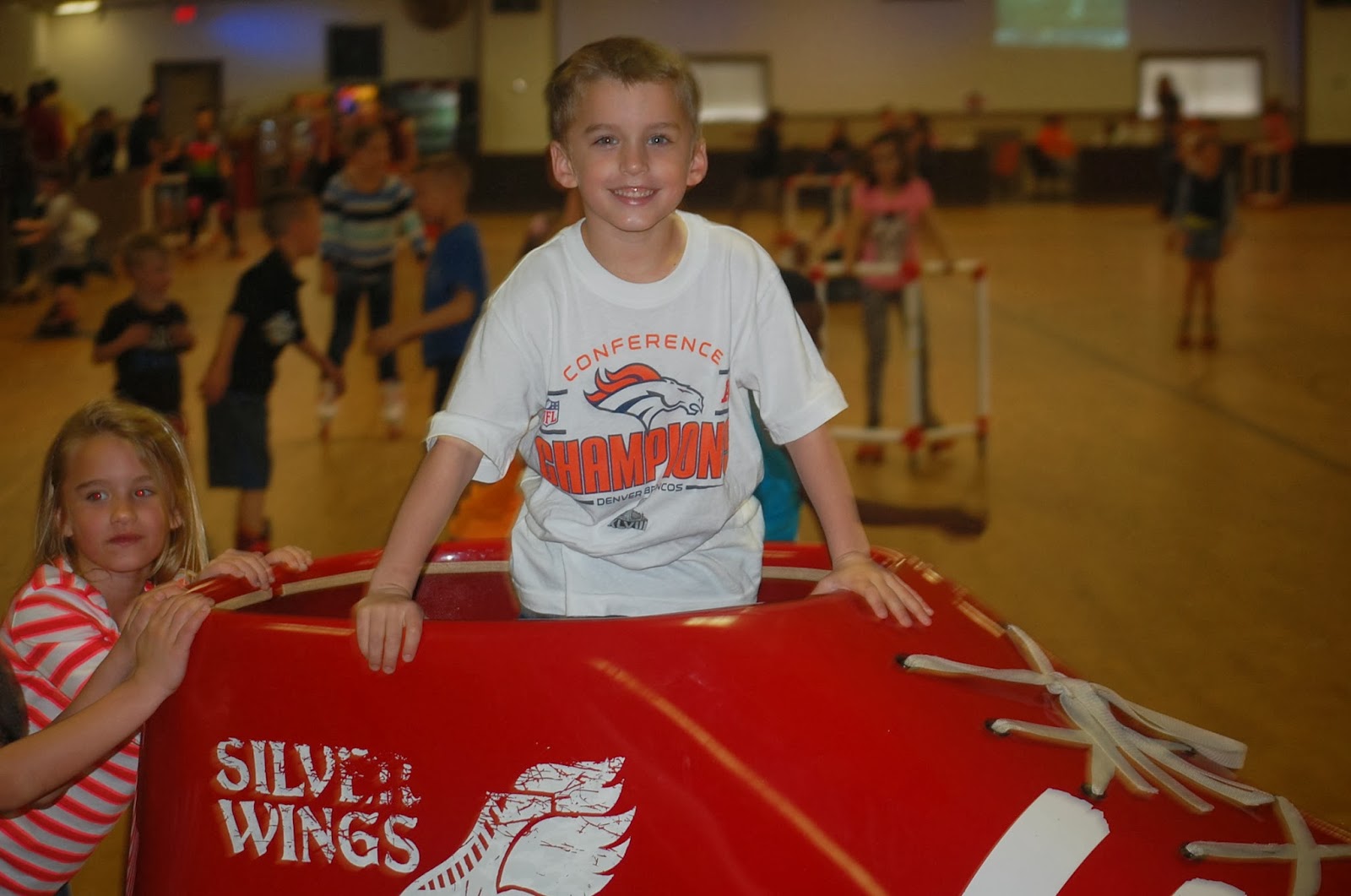 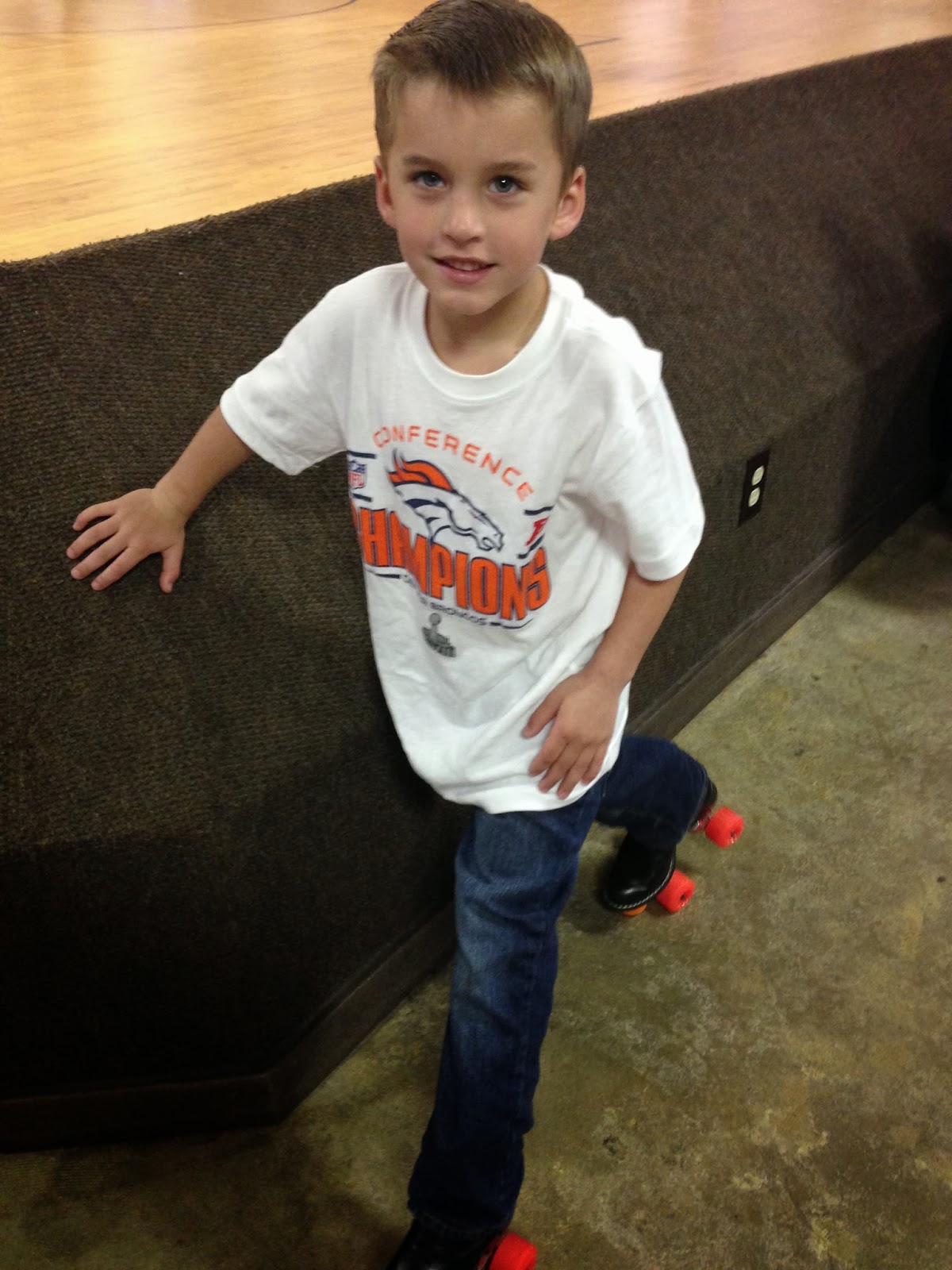 Notice the skates are 'boot skates'....Special treat for the birthday boy!
Posted by The Maurer's