This year's Super Bowl brought a little more excitement than it has in years past because we have a huge Denver Bronco/Peyton Manning fan in our house.  Caleb has been routing on the Broncos all season long and he and Wes have been paying attention to Manning's performances due to him being a key player on Wes's fantasty football team.  Side note... Wes won the league this year!
For Super Bowl, we stayed at the house and kept it low key because we actually wanted to watch the game and commercials. 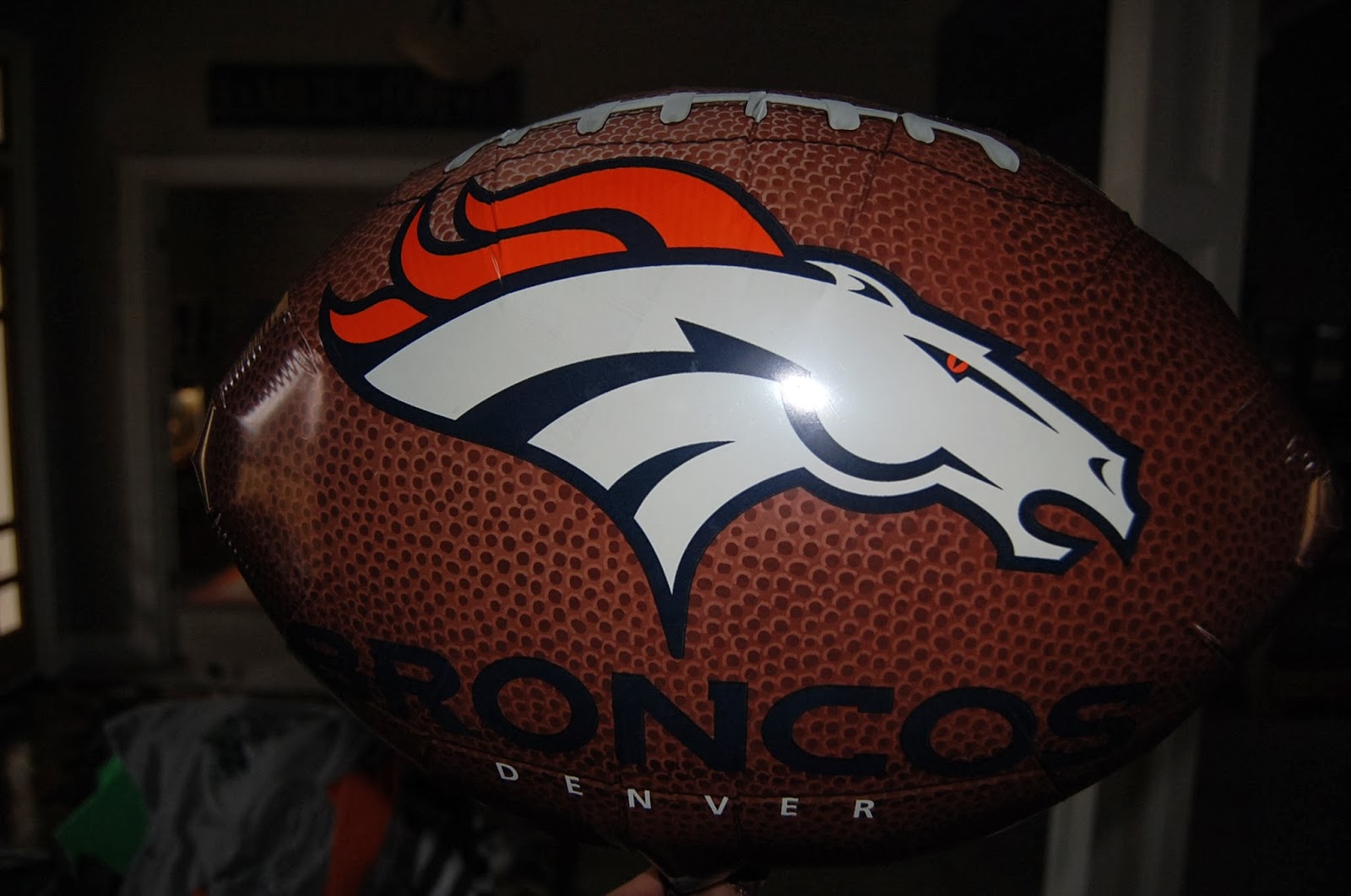 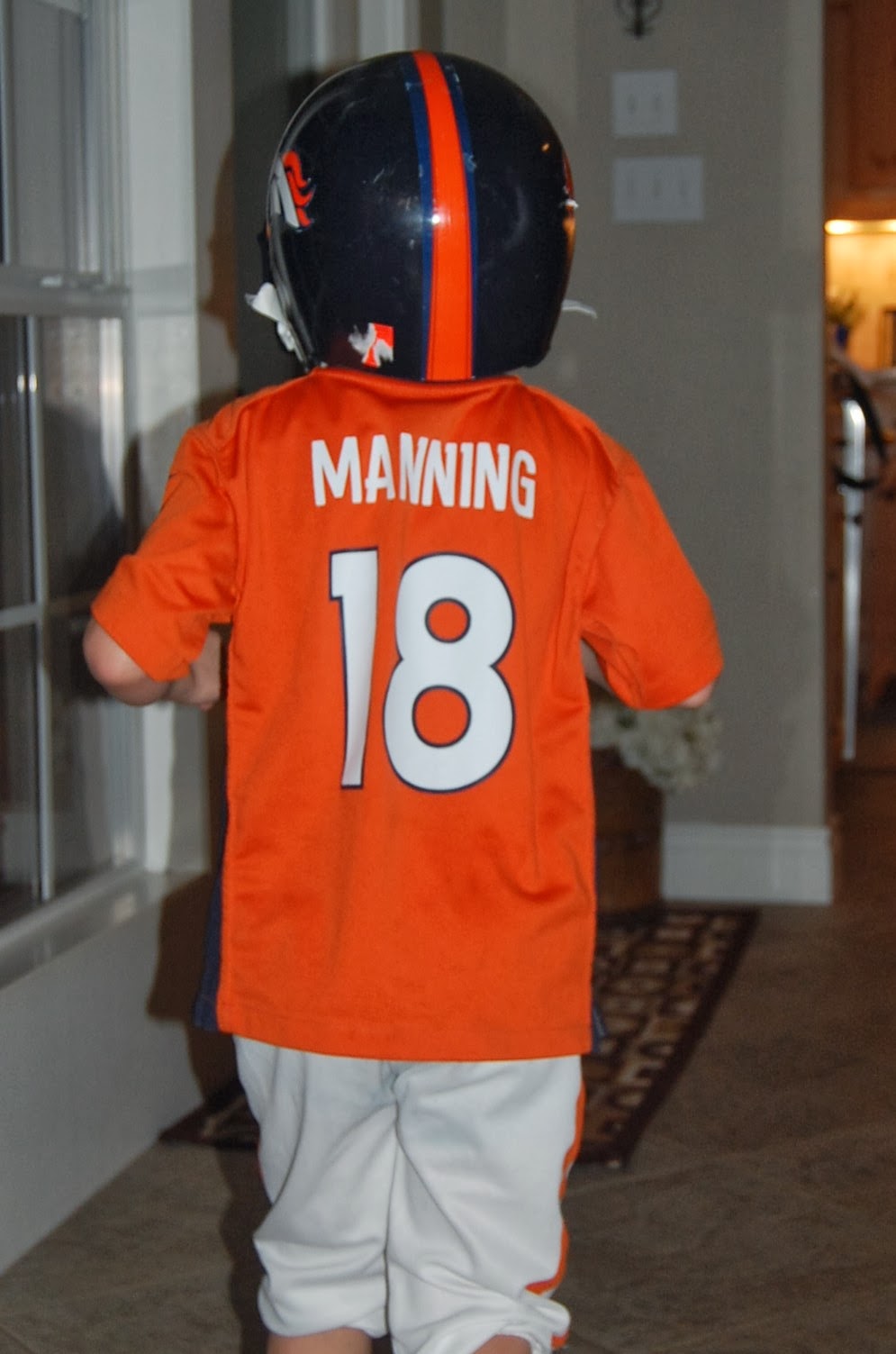 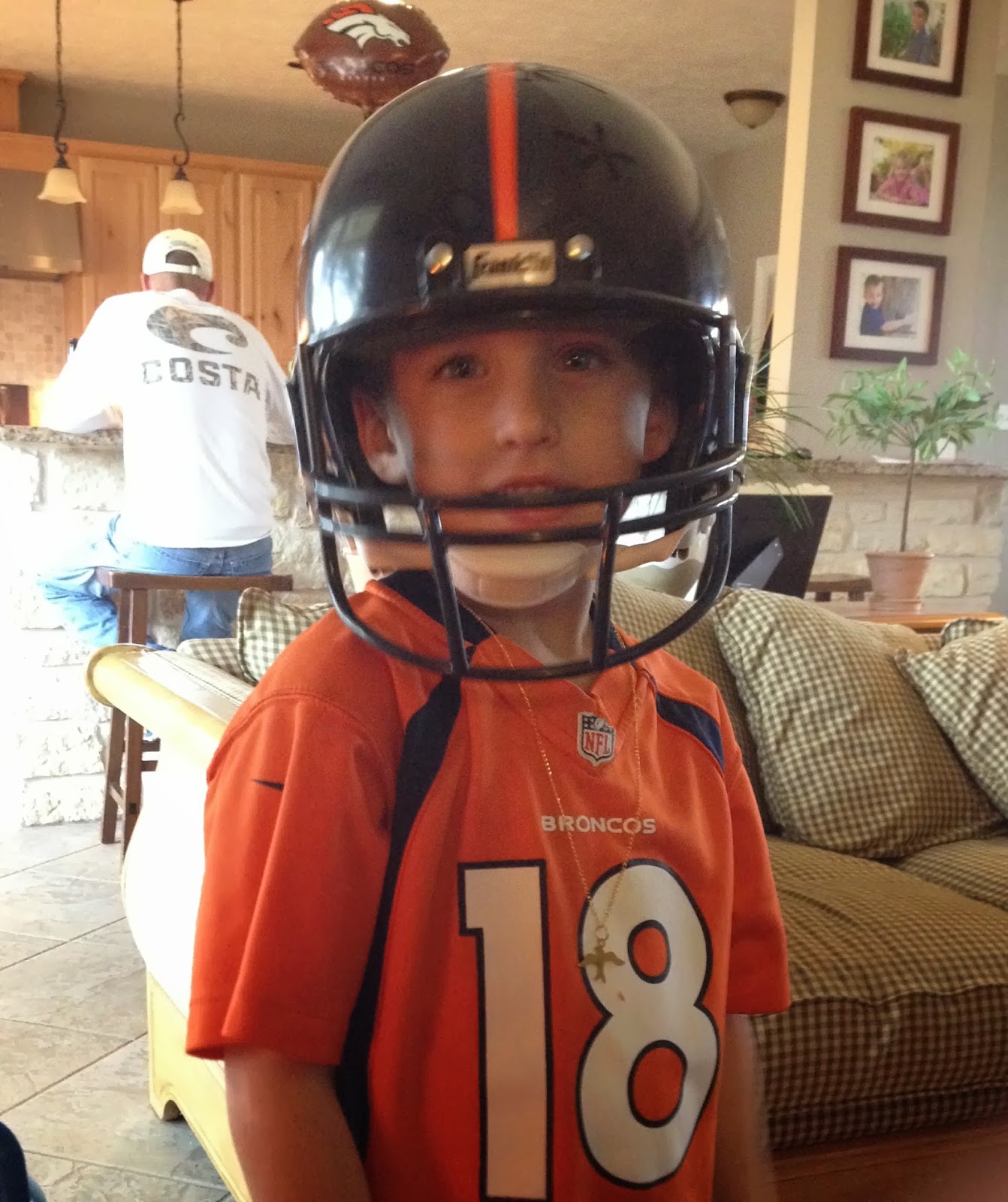 The game did not play out in Broncos favor.  In fact they got run over by the Seattle Seahawks.  At one point right before half time, Caleb was no where to be found.  We found him laying down in his bed, covers over his head.  He was upset his Broncos were losing.  He got over it pretty quickly and will be cheering on  the Broncos next year. 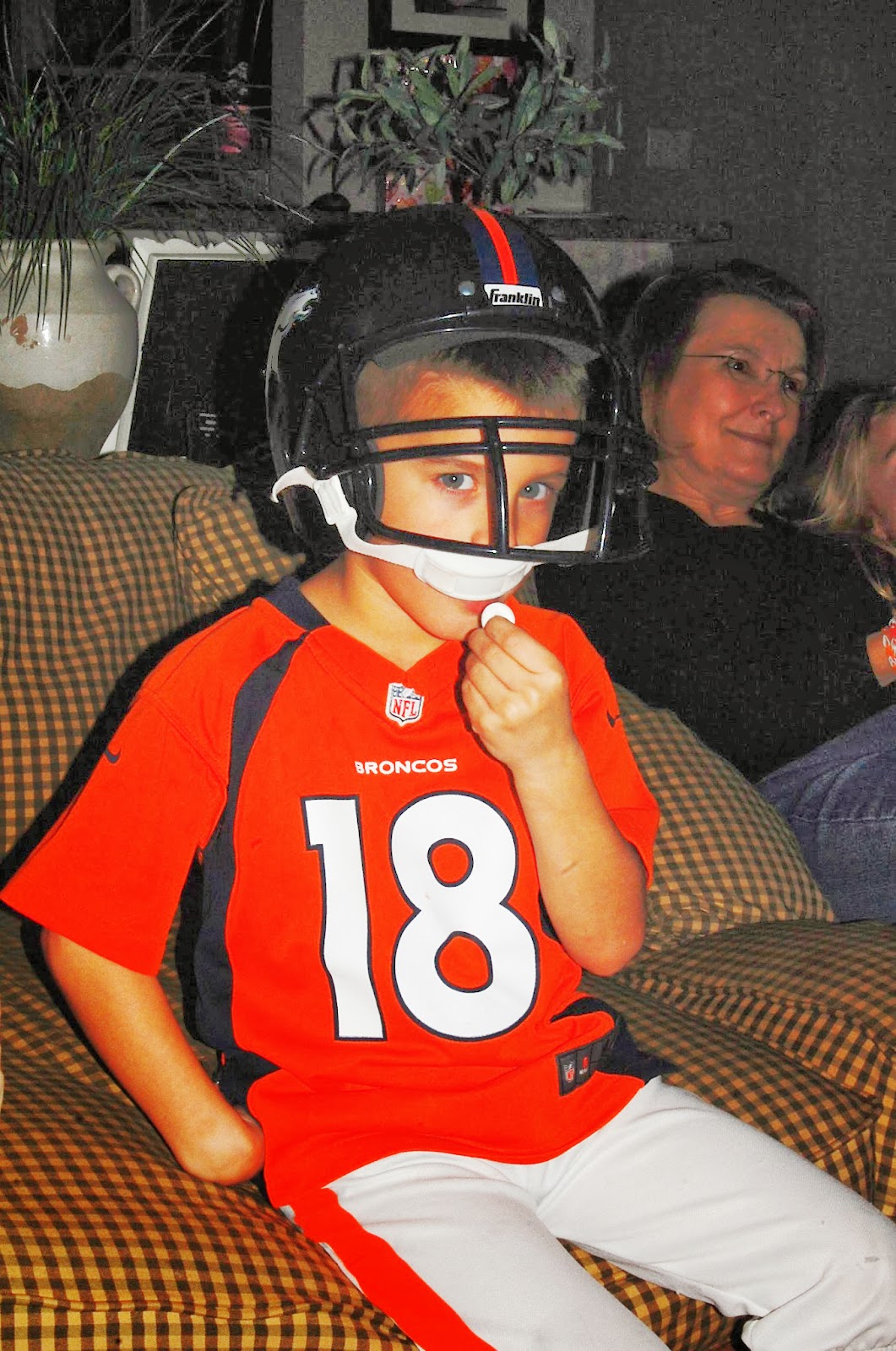 Wes in his rally helmet.  We were trying anything! 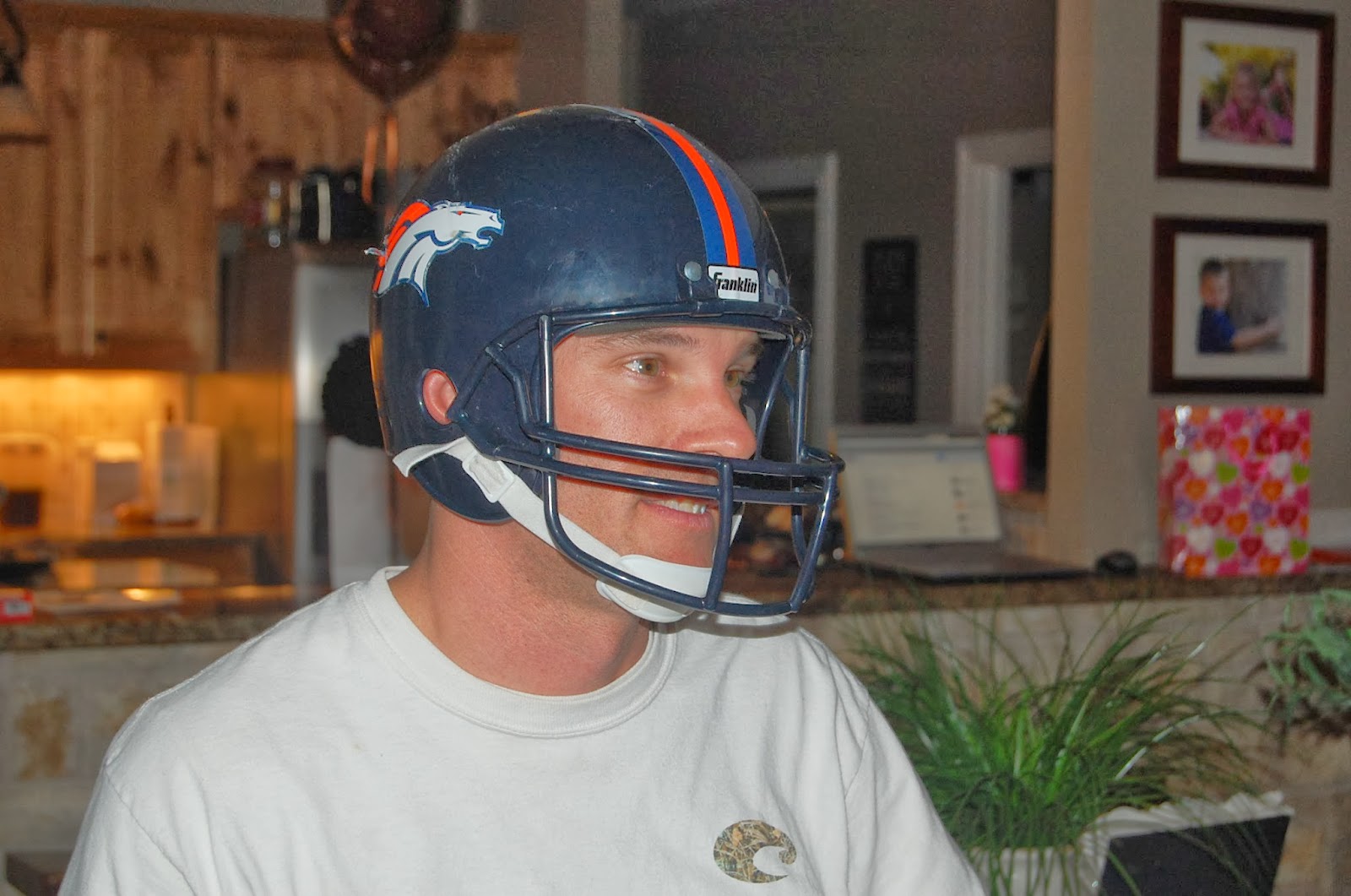