A few posts ago, I mentioned that at St. Paul's CDS, Avery & Austin would be in Kindergarten Kingdom.  Well, it's not just a thing you say, it is an actual process.  These past two weeks Mimi & I have been creating Austin's mantle and Avery's train for their special "knighting" ceremony to officially induct them into Kindergaten Kingdom.  The special attire was to be a complete surprise and the only specific instructions given were that the mantle/trains were to include the students last initial and it should be made out of a towel.  We were shown a few samples and after asking past royalty mothers about their creations I was told that there are usually some that are very basic and others that are Maifest worthy.  I decided it was best I try and stay middle of the road and with the help of my retired seamstress mother-in-law, we were able to create attire fit for a Kindergarten king and queen. 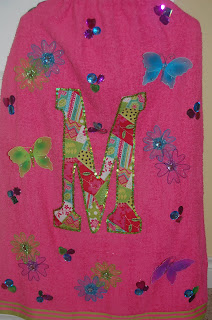 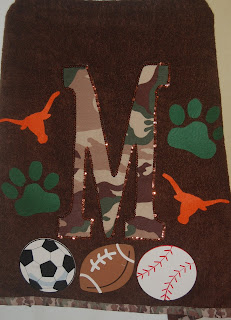 Today was the big "knighting" ceremony.  Parents arrived early to see the kids walk into the church parlor and be surprised with their royal attire.  The eyes on the kids (and parents) faces lit up as they walked into the room and saw the royal attire draped over the chairs.  Avery & Austin quickly found us and were super excited to show off their mantle and train to their friends.   The parents then found seats in the church sanctuary and waited for the ceremony to begin. 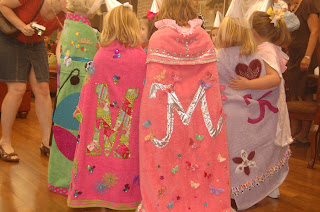 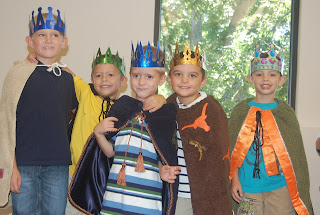 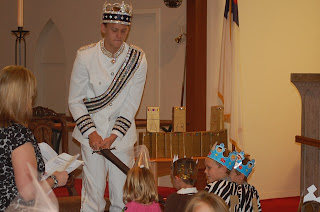 King Buls reigned over the knighting ceremony.  The kids came forward in groups of four and each one was introduced individually.  King Austin and Queen Avery accepted the responsibilities of being in Kindergarten Kingdom which included learing their numbers and ABC's, being good friends to their classmates, and learning more about Jesus.  With a nod of agreement, the kids were knighted and sent on their way to live happily ever after in Kindergarten Kingdom. 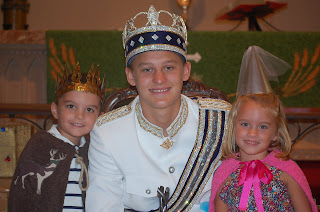 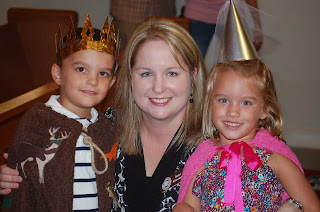 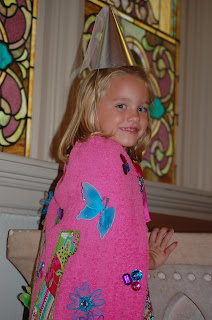 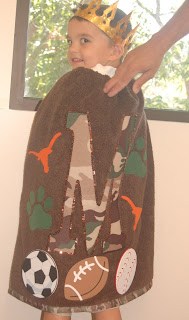 King Austin
I will note that there is no way I would have survived this project without Mimi.  She made these exactly the way I imagined with a tight deadline.  This is something A&A will keep and remember forever.  I love the way St. Paul's makes them feel so special and makes learing about reading and Jesus such an important part of their lives.  ﻿I left the knighting ceremony feeling very blessed and thankful!
Posted by The Maurer's

What a neat thing for them to do! I am sure they will ALWAYS remember kindergarten for that!