Get a Hook on Cancer 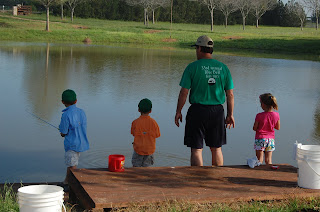 Saturday the kids participated in "Get a Hook on Cancer", an annual fundraiser that some good friends of ours put on every year in honor of a great man that they lost to cancer.  Part of the fundraiser is a a fishing tournament and all three kids and Wes participated.  Grandpa Otto came over to help out fishing since Wes was out with his buddy Todd fishing. 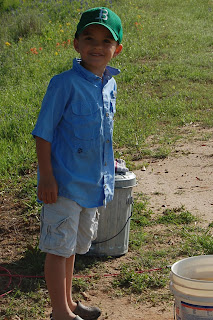 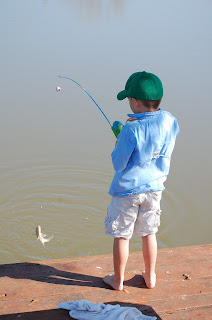 One of the many perch that was caught. 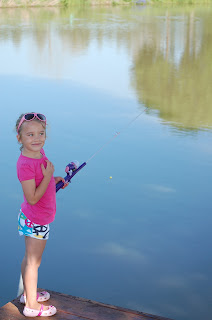 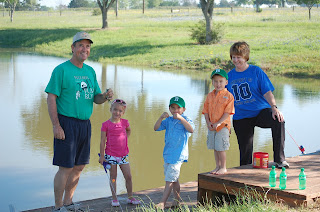 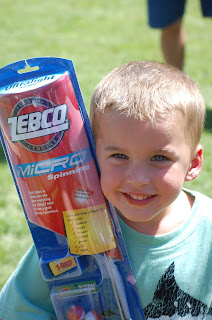 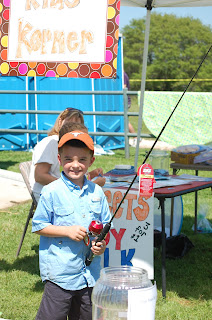 After a morning of fishing, we spent the day out at Triple R Ranch for the Relay for Life "Get a Hook on Cancer" fundraiser.  It is always a great time!  I was in charge of the kids and their fishing, which meant Grandpa and Toppe were called to help out.  The boys both placed in the kids division and though Wes and Todd didn't place in fishing, the got first in the Washer Tournament.  The event included a live and silent auction and raffle.  Overall, the fundraiser brought in $33,000 that will to the American Cancer Society.
Posted by The Maurer's