Getting ready for Halloween 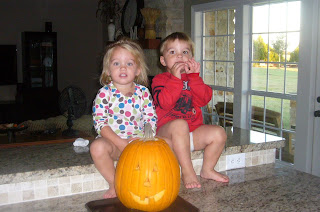 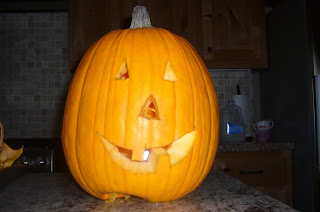 Monday Wes carved a pumpkin with the kids... inside. Actually it wasn't too messy. Avery stuck her hands in the pumpkin one time and said "Eww.... I need rag." I asked the kids what the jack-o-lantern's name was and as expected Austin said "Shocker" and Avery said "Allison". This is what they name everything. Not sure where Austin got the name Shocker, but Avery has used the name "Alli" or "Allison" for a while because that is what we were going to name Caleb if he would have been a girl. Anyway, finally we decided on the name "Bob" - Bob the Pumpkin. 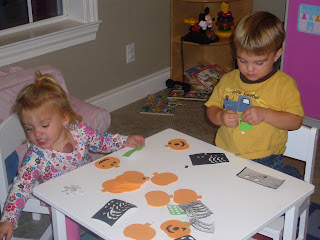 Here is Avery and Austin making pumpkins for the kids in their class. Because the school they go to doesn't observe Halloween (Baptist), they are having a Noah's Ark party and the kids are supposed to dress as an animal. I'll save their costumes for a post after Halloween, but let me just say they are pretty darn cute!!!! 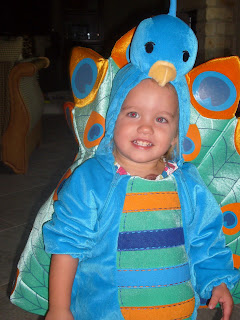 This is Avery's costume from last year - it still fits. I just don't know that I'll ever find something this adorable.... a peacock. She knows how to strut her stuff!!!
Posted by The Maurer's