So, this water park wasn't specially made for us, but it was made for families like ours in mind. The Woodlands has a great little "water park" for small kids. The majority of the water doesn't get deeper than 2 feet. We went last year and A&A were still a bit unsteady on their feet in the water so this year they could do just about everything on their own. It was nice to be able to sit back and just watch them instead of worrying being at their sides every moment. Caleb loved the water and is way to brave for his own good!
We made a last minute decision to go up and see Uncle Steven and Aunt Candice who live in The Woodlands with the pool in mind. We lasted about 2 hours and the kids had a blast. They have a large blue slide (see below) that the kids went on over and over and over again. Much to my surprise it was Austin who first insisted on going down by himself. They allow more than one person to go down side by side and Avery and Austin tried, but they could never get it right. Austin would almost always start first before Avery pushed off to get down.
Thanks Aunt Candice & Uncle Steve for the fun afternoon. Chick-fil-A was great, too! 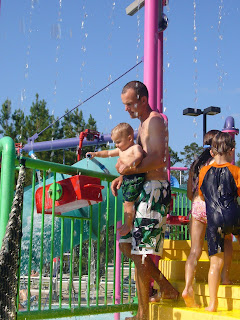 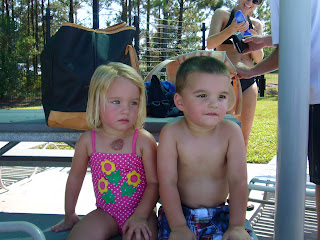 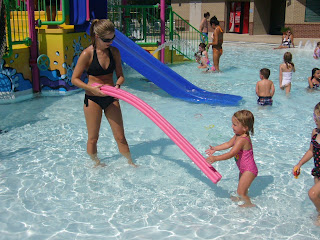 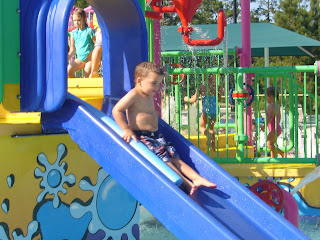 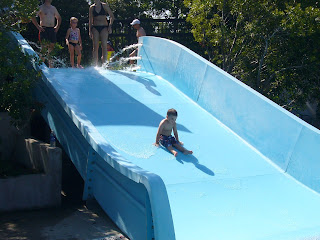 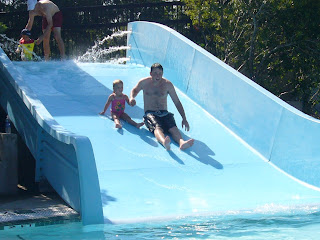 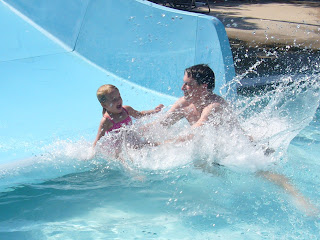 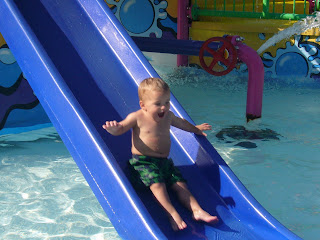