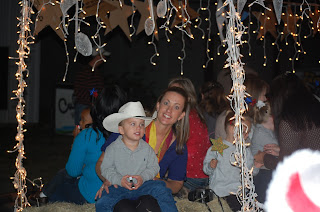 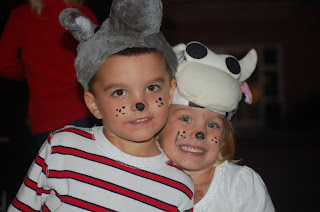 One of the unique things about living in our small little town is that it seems we have a parade for just about everything. Of course Christmas is no small thing and you better believe we have a parade to celebrate it. The kids' school had 7 floats in the lighted parade this year. Wes & I had to help w/ Caleb's Frisky Frog float. Each float represented a hymn of the season. Our hymn was "Silent Night". Caleb was supposed to wear a star headband on his head, but he opted for the cowboy hat instead. A&A's float represented a song about the animals in the stable when Jesus was born. They were adorable barn animals.
It was a great night to put us in the mood for the holiday season!
Posted by The Maurer's