Austin finished his first step toward the big leagues...  a season of tball.  It has been quite an entertaining season and one where we've seen some impressive improvement from game 1 to game 12. 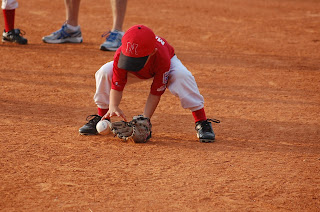 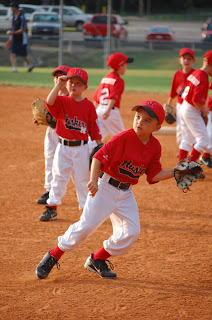 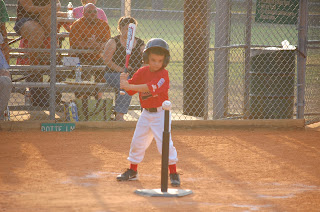 Austin was a very serious batter.  He was much more relaxed in the backyard at home but seemed to tense up a bit and gave a lot of thought before he swung the bat during a game. 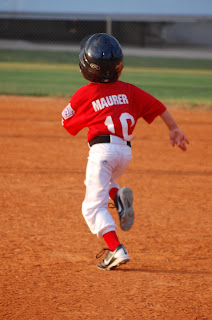 Showing off his speed! 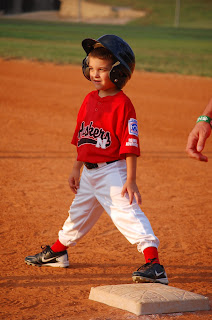 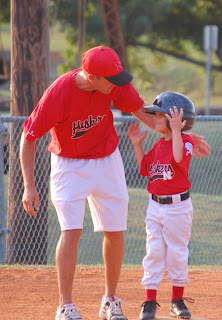 It always helps to have your dad giving you some support on the field. 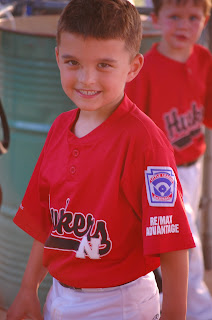 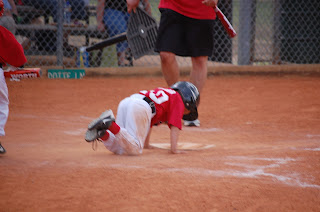 I didn't catch a picture of his most graceful slide.  Sliding became a game highlight for the boys.  They loved challenging their mamas to get white pants clean after each game. 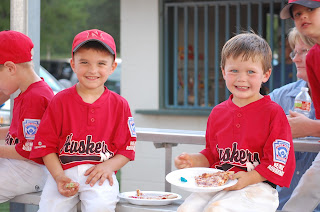 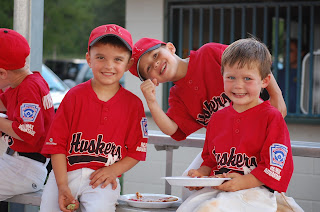 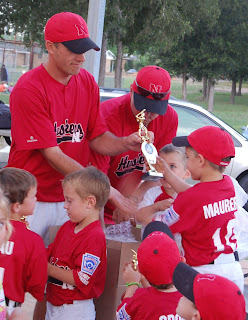 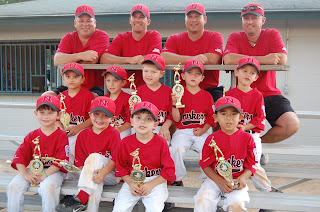 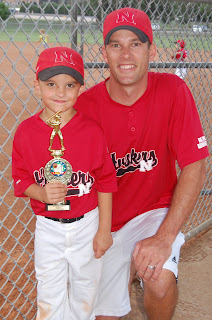 Our little Husker had a great season.  He was in his prime at 2nd base.  He had several outs from fielding the ball and touching second base for the force out.  He had 4 outs alone in the last game.  We're proud of him!
Posted by The Maurer's