If you remember, at the beginning of the school year, Avery & Austin were knighted into Kindergarten Kingdom.  They have spent the year learning to read and solve math problems as only royals should.  Of course it would only be fitting for this group of knights and princesses to end their royal year with a trip to a castle.  So to a castle we went.... 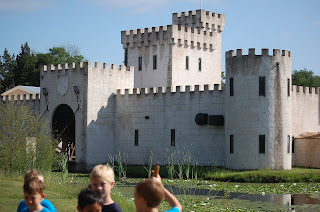 Newman's Castle is located just outside of Bellville, a short  20 minutes from Brenham.  The owner had the dream to build his own castle and has made it a reality.  He took us on a grand tour and showed us ongoing projects as well as the main living quarters that he calls home. 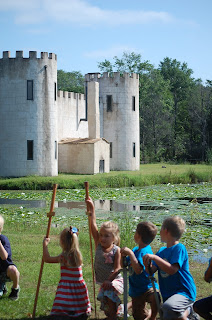 The kids were given swords and given strict instructions to protect the castle.  They were also warned of a dragon that was on the loose inside. 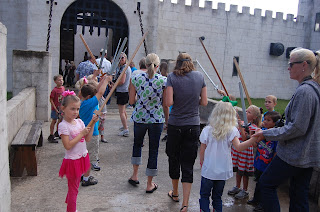 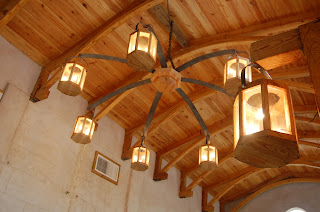 A chandelier inside one of the rooms that is still a work in progress.  The owner does the majority of the work himself. 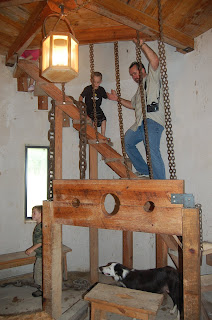 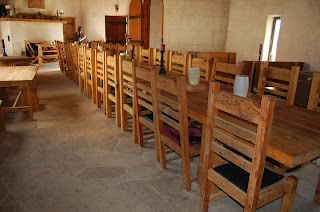 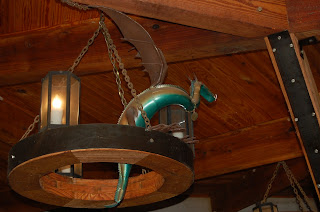 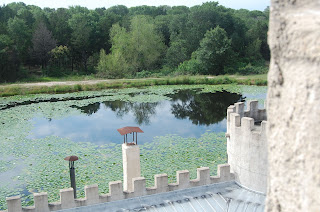 A view of the moat from the top deck. 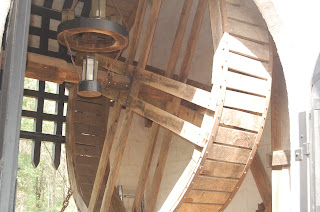 "The Human Hamster Wheel" - this monstrosity is what raised and lowered the draw bridge.  Two dads climbed in and had to walk the wheel for the bridge to go up and down, 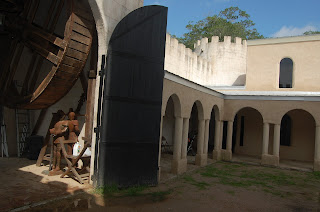 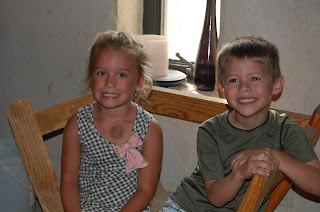 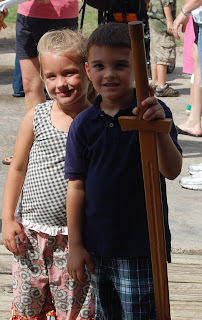 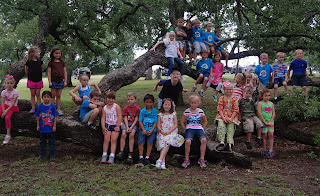 The castle was pretty cool to see and it's always cool to be a part of someone's dream, but I can't say I'd ever want to have a castle of my own.  Lots of WORK and DUST.  After the castle we headed to Ms. Lubajosky's  (the other Kinder teacher) house for lunch and games.  There was a little kickball and tug-o-war action.... a great way for celebrate the end of a royal year.
If you're interested in learning more about the castle, check it out: www.newmanscastle.com.
Posted by The Maurer's