A&A had a memorable Kindergarten graduation, one they will forever have to remember as their inaugural year in the educational system.  What a blessed year it has been! 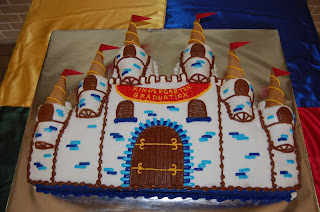 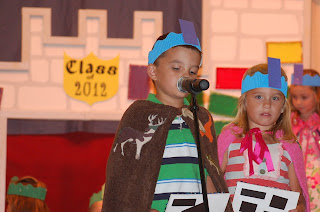 The graduation ceremony kicked off with a short presetation by the kids where they repeated short lines that recapped their school year.  The bands on their head represent a certain gem that was put on the castle in the back ground. 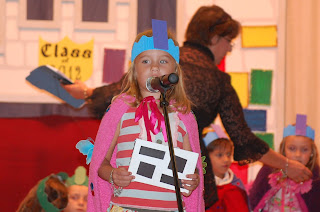 The kids came out in their royal mantles that they were surprised with at the beginning of the year.  After the presentation, they headed for a wardrobe change and the parents were entertained with a slide show of the past year as well as a slide of each child that showed a baby picture and their graduation picture. 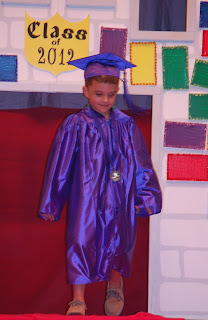 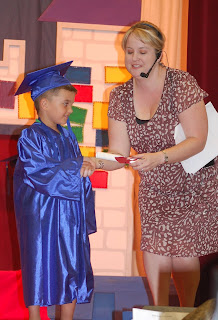 As the teachers presented the kids with their diploma, they were each described with a characteristic that the teachers said the child had taught them throughout the year.  Austin's word was "gentleness"... so fitting! 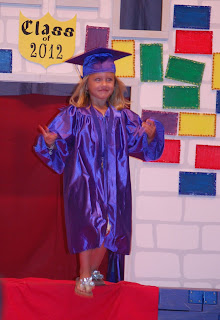 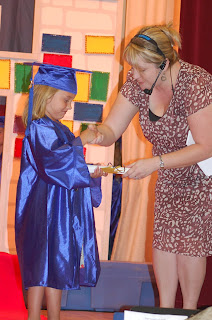 Avery's word... "nurturing".  She's a little mama at school too! 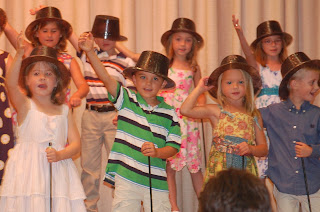 After the diplomas, we were entertained by our Kinder graduates with song and dance. 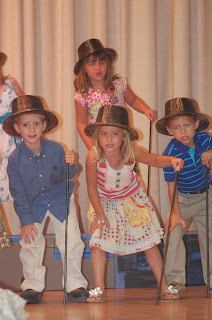 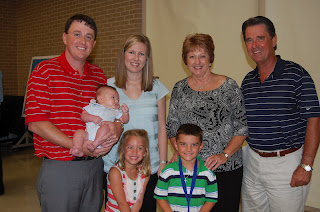 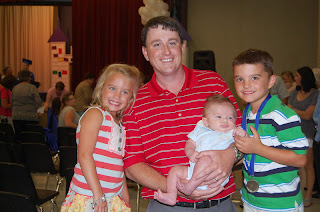 A major highlight of the night was an appearance by Baby Jack.  A&A&C were so excited to have him share this special day with them! 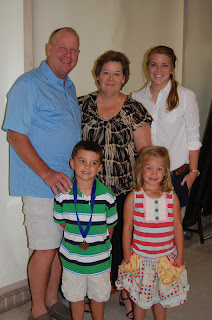 Doug, Dorothy and Kelcie joined in on the Kindergarten action.  It was so great to have them there! 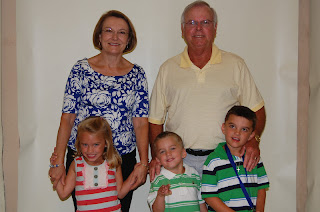 Mimi, Popo, A&A&C!  So blessed to have so much family support! 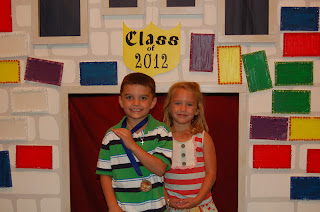 A&A, our grads.  Each child received a cap and gown, graduation medal, and special chalis. 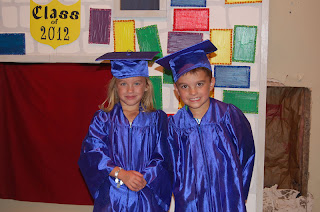 In cap and gown. 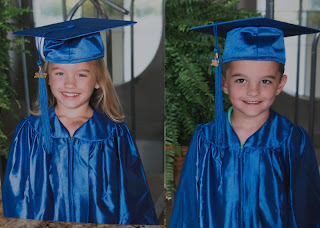 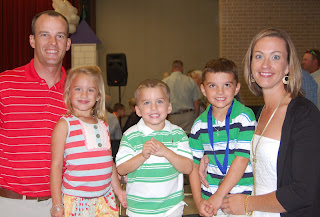 Maurer Party of 5!
Posted by The Maurer's