When we booked our flight out of Austin, we were scheduled to leave at 8:08am.  We received a notice a few weeks before our trip that the flight had been pushed back an hour.  No complaints here, that allowed us an extra hour sleep and we were still in air early enough to have a full day in CO. 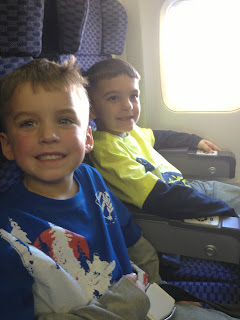 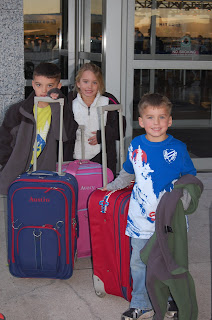 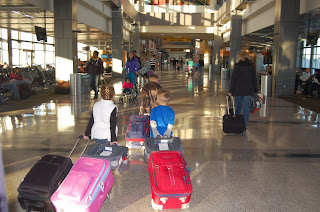 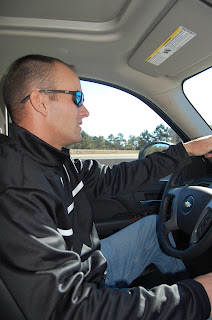 Once in Denver, we loaded in our 2 suburbans and made the 3 hour trek to Steamboat. I wasn't looking forward to the drive, but it went by much quicker than expected. The mountain scenery was beautiful. 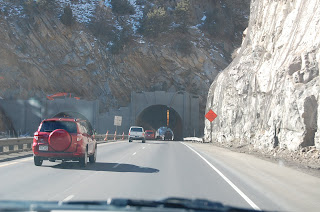 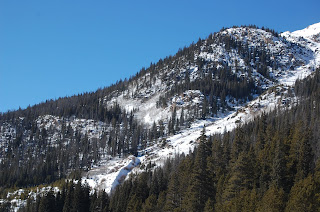 We stopped about 30 minutes out of Steamboat for the kids to get out and get their first taste of real snow.  They laid down and attempted to make a snow ball. We weren't there long.. it was about 10 degrees. 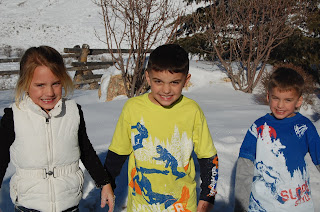 Once in Steamboat, we checked into our condo at Timber Run.  We had a 3 bedroom, plus loft condo that worked out great for our group.  The kitchen area was a bit tight but we made it work.  Jason had room to work his magic for a few meals and the table was big enough for the kids to take down Toppe in a few games of Uno.  It was their daily request. 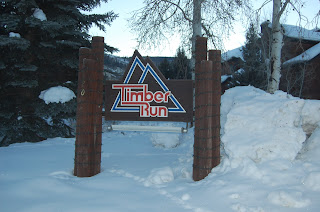 Once we got things unloaded at the condo, the guys headed to the store for adult beverages, Barb & Jason headed to the grocery store and Toppe and I walked the kids around the condo so they could play in the snow.  The kids found that the snow may be fun, but it's COLD!  After we were all back together, Wes and I took the kids to get our ski equipment.  The kids were jumping off tables and acting extra silly but we managed to get it done.  Once back at the condo, we indulged in pizza and then honored a promise to the kids to try out the hot tub.  The time in the water felt amazing.... the trek to and from the condo, not so much.﻿