When Wes & I decided to book a ski trip, we let our parents know and told them they were more than welcome to join us.  Not sure we thought they'd both say yes and then as a bonus Uncle Jason  would be looking for a break from work and want to head to the mountains with us.  Our travel group doubled!  We had a good mixture along the trip... the grandparents were along to help out in the airport, we split up in Suburbans on the 3-hour drive to Denver and Jason joined our "burb" and provided sugar and entertainment, it was just Maurer Party of  5 on the ski slopes, and then everyone was back together in the evenings when we got back to the condo﻿.
The whole crew 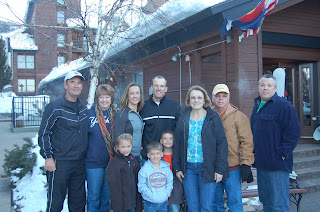 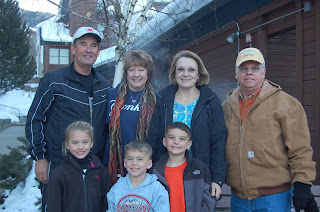 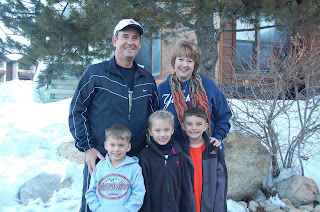 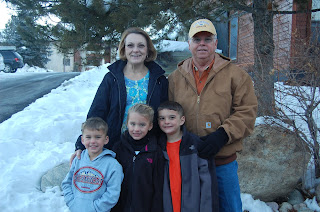 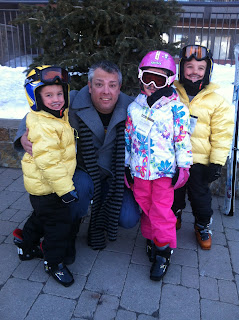 I am reminded that a big family trip with both sets of grandparents is not the "norm".  It's usually one set or the other and rarely do the two get along as well as ours do.  A&A&C are SO BLESSED to have grandparents so active in their lives who want to be there to see their eyes light up at Disney's Magic Kingdom and watch their first trip down  the ski slope.  Not only to they want to be there, they are able.  They take care of themselves and are able to be physically active with the kids.  LOVE THAT!!
Then their is Uncle Jason.... where do I begin?  From party mustaches to trips to the candy store to being our chauffer for the week... this guy is amazing and the ultimate traveler.  Every kid deserves to have an uncle that not only loves them beyond measure but makes them laugh at the drop of a hat.  For those of you reading that know him, next time you see him, ask him do to his interpretation of "Gangham Style" in a thick Italian accent.  You'll be rolling.
We did miss Steven, Candice and Jack... hoping we can all go skiing together when Jack gets a little older.  Can't wait!﻿
﻿
Posted by The Maurer's